Moreover, this myth has become a phenomenon in different regions. There is an event similar to the story of seven sleepers in India, where a single person stays asleep for a long time. There is this story in the Indian Scriptures Gita, Bhagavat, Ramayana. Also, in Mahabharata’s book, there is information directly that seven people fled because they opposed the kingdom. There is a similar story to the Seven Sleepers in Judaism before Christianity and Islam. In the Talmud book, there is the story that a person named Honi ha-Me’aggel awakened 70 years later. So, sleeping and waking up for a long time is a myth that has taken place in people’s social memory. That’s why many cities have caves named Seven Sleepers. The Cave of the Seven Sleepers in Selçuk is very close to the House of Virgin Mary.

Would you like to visit the Cave of the Seven sleepers? Book your room at our hotel so you can visit it easily!

Cave of The Seven Sleepers Story

The most popular seven sleepers myth is during the Roman Emperor Decius period. Decius is an ordinary woodcutter. One day, Decius finds a tablet while cutting wood in the forest. Decius cannot read the tablet. That’s why he goes to the grocery store to have the tablet read. After reading the grocery store inscription, the grocer wants to buy the tablet. Decius does not accept this offer, and the grocer translates the tablet to him. According to the epitaph, there was a gold jar around the place where this epitaph is. The grocer also says that Decius will be very rich and will become king in the future. This prophecy is coming true. Decius gets very rich with this gold cube and helps the poor people. That’s why people are starting to love Decius very much. One day, when the king dies, these people want Decius to be king.

After Decius became king, he does not respect any religion other than idolatry. Decius is a pagan person. It threatens to kill people who do not believe in paganism. Six people flee to the mountain to escape Decius’ cruelty. These people come across a shepherd and his dog on the way. The shepherd does not want to believe in Decius’ religion either. That’s why they hide in a cave together. The number of those who fled with the shepherd rises to 7. Decius’ soldiers find this Cave. The soldiers close the mouth of the Cave and leave them to die. Seven people fall asleep in this Cave for 200 years. When they wake up 200 years later, they send someone to the city to buy bread. They thought the time they slept for one day. When they go to the town, they realize that they have slept for 200 years. 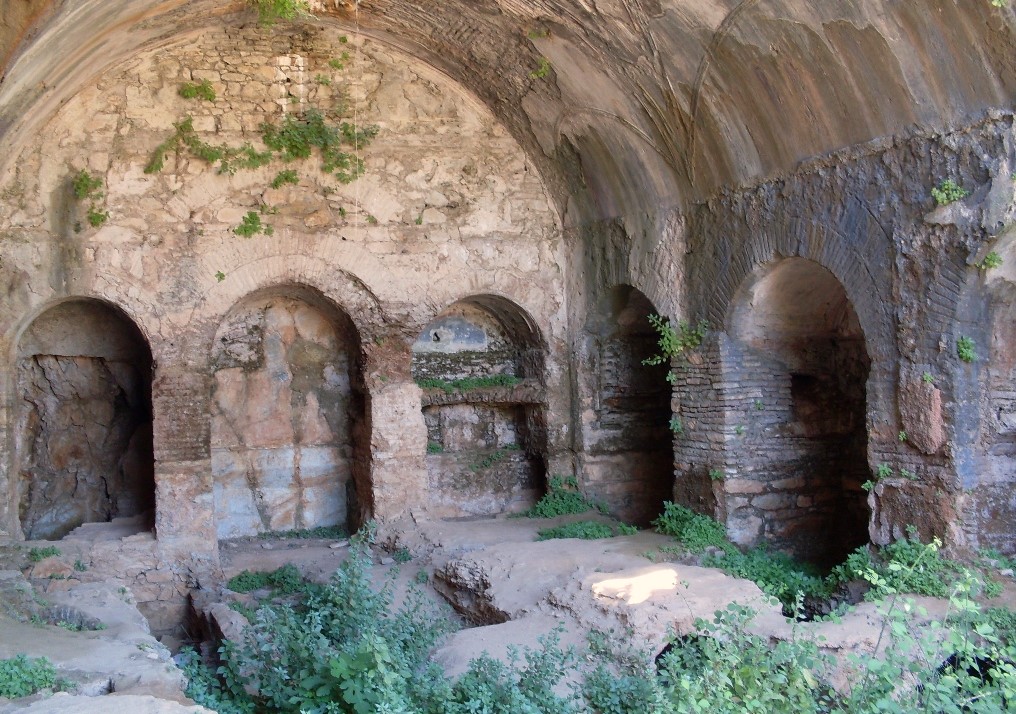 Places Around Cave of The Seven Sleepers

There is also the Temple of Artemis near this Ephesus Archeology Museum. Ephesus Artemis Temple is on the list of 7 wonders in the world. The list of 7 wonders of the earth includes the Great Pyramid in Egypt, Hanging Gardens of Babylon, Statue of Zeus, Lighthouse of Alexandria, Mausoleum at Halicarnassus, and Colossus of Rhodes. From this list, we can get an idea of ​​how magnificent Ephesus and the Artemis temple were in ancient times. Unfortunately, today there are no more than a few columns in the Temple of Artemis. Another important place in this region is Ayasuluk Castle. Ayasuluk Castle is an old Seljuk-Ottoman castle. Ancient people had built castles and cities in the previous ages on Ayasuluk hill. Unfortunately, there are no archaeological remains today. The Ottoman Empire built the castle we see today. Also, there is a mosque, a bathhouse, and a cistern in Ayasuluk castle.

How Can I Go To Cave of the Seven Sleepers in Selçuk?